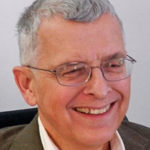 The Law Offices of Mathew R.P. Perrone Jr. joined Hibbs Law, LLC. in the spring of 2019. We regret to share that Mat passed away on October 23, 2019, after a long illness.

Mathew Perrone was a Patent Attorney who specialized in intellectual property law over the course of his 54-year career. Self-employed since 1978, Mat received a Bachelor of Science degree with a major in chemistry from the University of Illinois at Urbana-Champaign and a Doctor of Jurisprudence degree from the Catholic University of America Law School in Washington, D.C.

Mat was a frequent speaker on intellectual property law topics, with audiences ranging from Cub Scouts to college engineering seniors to bar associations to the general public. A Toastmasters member since 1972, he held the Distinguished Toastmaster award from Toastmasters International. Toastmaster Offices held include every club office, area governor and District 30 secretary. Since the District 30 of the Toastmasters clubs for Chicago and some surrounding counties has a district parliamentarian, Mat was appointed to that position for one year.

Mat was active in community organizations. As chairman or president, he chaired meetings for his church, a local YMCA, his Toastmaster clubs, and the Algonquin/Lake in the Hills Chamber of Commerce. His knowledge of parliamentary procedure comes from being in one or more Toastmasters Clubs since 1972, and receiving the Distinguished Toastmaster award. His blood donations exceeded 130. Among his many activities were playing the part of the bailiff in the Kane County Bar Association’s production of INHERIT THE WIND, in 2008.

Mat is survived by Diane, his wife of over 53 years and their three children and four grandchildren.

Diane, his wife, and Mat have been married for over 53 years and have three children and four grandchildren.

Illinois
Retired from Maryland and District of Columbia Bar Associations

University of Illinois at Urbana-Champaign, Illinois BS with a Chemistry major
Catholic University of America, Washington, D. C., Doctor of Jurisprudence with a major in intellectual property law.

Please contact Colleen Carrillo at office@hibbslaw.com, 815-669-0040 with your availability and subject matter to schedule an initial consultation.

While some of the information contained on this website informs about different legal topics, examines specific cases, or expresses opinions about how the law is applied, it should not be taken as advice about your own legal matter. The law is a complex and fact-dependent alchemy and must be thoroughly examined at the individual level. The heart of an attorney’s specific skills is the ability to apply the correct legal precedent and advice to address your unique factual situation.


“We recently were awarded a trademark and someone tried to challenge its validity with the courts. This came out of nowhere! Furthermore, they were infringing on my trademark.

Genna was recommended to us by a mutual friend. She jumped right in and had strategies to start attacking the case. Her communications were always very timely and she had a great knowledge of trademarks and infringement.

After months of back and forth communications with this company trying to challenge us, I think it was Genna’s keen strategies that caused them to finally back down, and ‘surrender’— and drop the whole case. She did a great job positioning our arguments, and at the end of the day, they knew they could not win.

As a founder of a lean startup with limited knowledge about IP’s and trademarks, Genna has patiently explained each step of our US and international trademarks for our bandage brad. When a patent troll came knocking, she systematically silenced his meritless case, but more importantly, eased our minds to focus on the continued tasks at hand. She’s been there to handle our contract agreements and even the occasional ‘what would you do’ calls that come with the territory. That and a jar of homemade spaghetti sauce from her tomato garden, and you’ve got a one-of-a-kind advocate in your corner

Genna has been an incredible resource for our organization. In the complex world of health care regulations, she has been invaluable as a navigator and adviser, helping us to ensure that we are not only compliant with regulatory requirements but that we also have strong measures in place for the safety of our clients and the overall health of our organization.

“Youth in our community (State of Washington) created a marijuana prevention messaging campaign called, ‘Weed Can Wait’. In order to protect the integrity of the message, our team decided to trademark the message. Ms. Hibbs provided pro bono consultation and assistance in navigating the intellectual property rights laws, ultimately assisting us to trademark two campaigns. We are incredibly grateful for Ms. Hibbs’s kindness, professionalism, and expertise.”

“Youth in our community (State of Washington) created a marijuana prevention messaging campaign called, ‘Weed Can Wait’. In order to protect the integrity of the message, our team decided to trademark the message. Ms. Hibbs provided pro bono consultation and assistance in navigating the intellectual property rights laws, ultimately assisting us to trademark two campaigns. We are incredibly grateful for Ms. Hibbs’s kindness, professionalism, and expertise.”